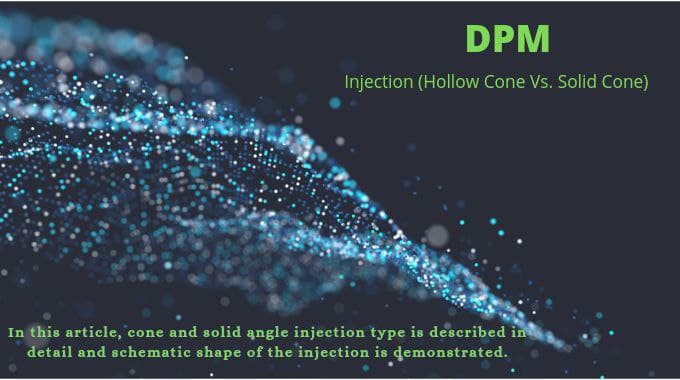 As mentioned before, we use this method for 3D problems, and the table for Solid-cone inputs is as follows: 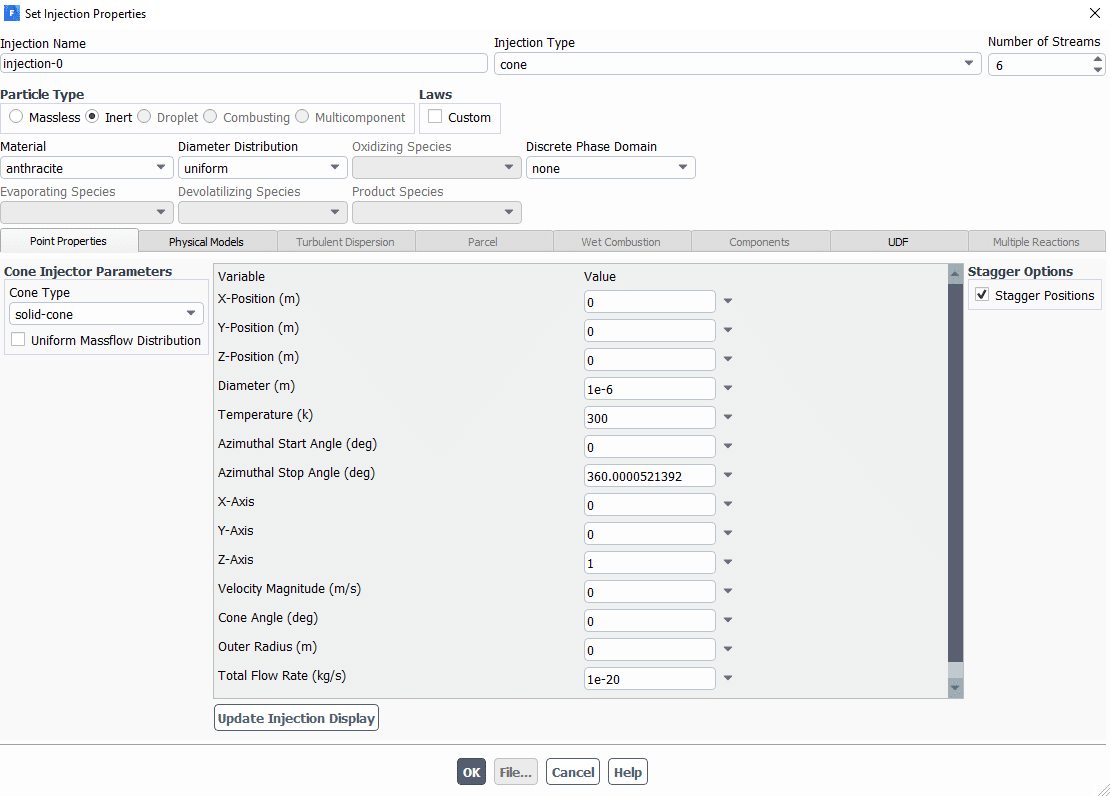 We determine its coordinates. Determine the diameter distribution and its temperature and then determine the particle velocity. Adjust the flow rate that follows the path defined by the injection in the flow rate field. Note that in axial symmetric problems, mass flow is defined in radians, and in two-dimensional problems, depth is defined in meters (regardless of the reference value for length).

Determine the Cone’s axis in three directions: X, Y, and Z, and also for Transient problems, the start, and stop of the injection must be specified.

This angle can be seen in the following figure: 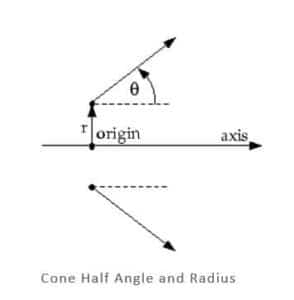 The non-zero internal radius can be specified for modeling injectors that do not originate from a single point. Adjust the radius in the Radius section. The particles will be distributed around the axis with the specified radius.

Swirl Fraction (only for CONE injection)

We adjust the fraction of the velocity magnitude to enter the flow’s rotating component in the Swirl Fraction section.