In this project, a heat pipe using the multiphase VOF model has been simulated and the results of this simulation have been investigated.

This product includes Geometry & Mesh file and a comprehensive Training Movie.
There are some free products to check our service quality.
To order your ANSYS Fluent project (CFD simulation and training), contact our experts via [email protected], online support, or WhatsApp.

A heat pipe is a heat-transfer device that transfers heat between two solid contacts via mass transfer. A volatile liquid in contact with a thermally conductive solid surface at the hot interface of a heat pipe absorbs heat from that surface and transforms into a vapor. The vapor then flows along the heat pipe to the cold contact, where it condenses and releases the latent heat. The liquid is subsequently drawn back to the heated contact by capillary action, centrifugal force, or gravity, and the cycle begins again. Heat pipes are particularly effective thermal conductors because of their high heat transfer coefficients for boiling and condensation.

A typical heat pipe is a sealed pipe or tube composed of a suitable material with the working fluid, such as copper for water heat pipes or aluminum for ammonia heat pipes. A vacuum pump is commonly utilized to remove the air from the heat pipe. A working fluid is partially injected into the heat pipe before it is sealed. Over the operating temperature range, the working fluid mass is selected so that the heat pipe includes both vapor and liquid. Heat pipes are now employed in a wide range of cooling applications, including space, medical devices, power electronics cooling, airplanes, and more.

In this study, the heat pipe problem was simulated using Ansys Fluent software. The project was analyzed using the multiphase VOF model and activating the mass transfer of evaporation and condensation. A hot wall with a temperature of 400 K and a cold surface with a temperature of 300 K was assumed. By solving the problem in a time-dependent manner, the formation of water droplets in the upper part of the geometry and their downward movement were observed due to capillary and gravity.

The computational domain was designed using Desing Modeler software. The dimensions of the present geometry include a rectangle 10 cm long and 1.2 cm wide. 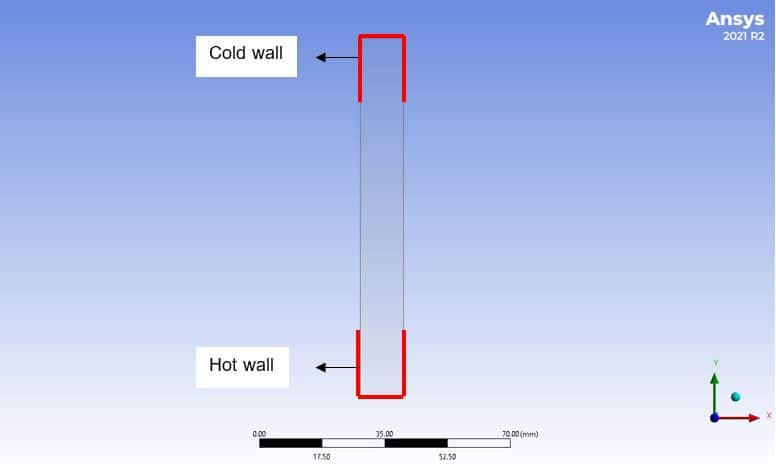 Ansys Meshing software was used for grid generation, and the type of problem elements was structured. Also, the total number of elements was about 18000. In the grid generation of the present model, a boundary layer mesh is also used to simulate the condensed liquid film more accurately, and the value of +Y is in accordance with the Enhanced wall treatment wall function below 5. 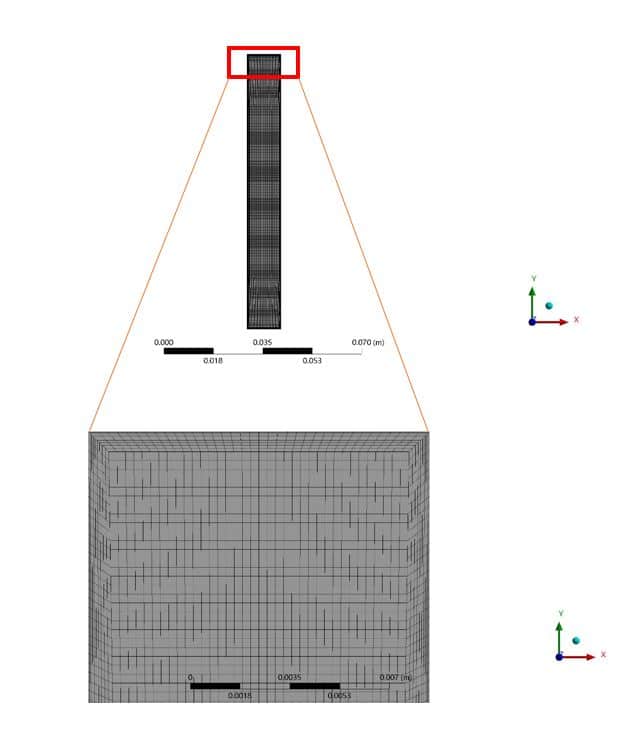 In this simulation, the following hypotheses are established: 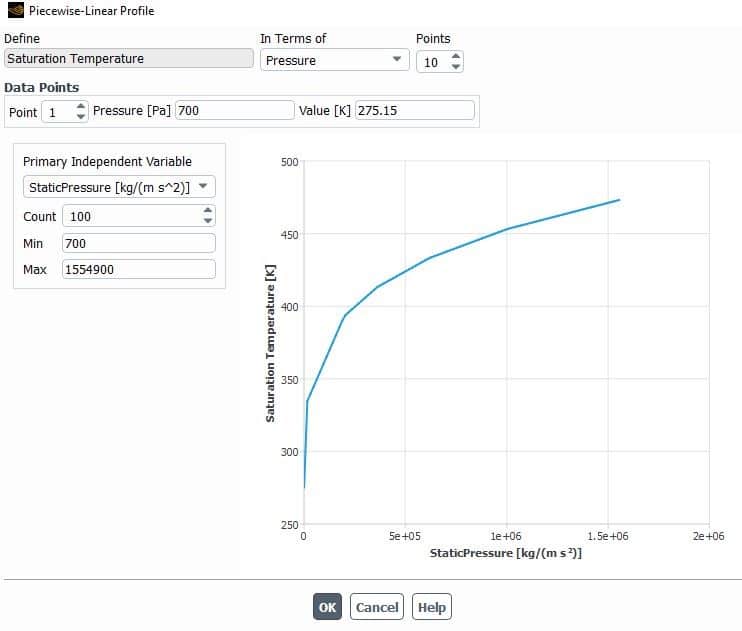 Also, The table below shows the characteristics and values of boundary conditions, along with the models and hypotheses.

By observing the volume fraction contours of the water at two different times, it is clear that the repetition loop of the evaporation & condensation process has been established. The droplets formed at the top of the tube move downwards due to gravity and wall capillary. In addition, mass transfer, temperature, and vapor phase densities are included. Given that the vapor phase is assumed to be an ideal gas, its density changes during the process.

Over time, the mass transfer rate was tending toward an average value. This indicates a balance between evaporation and condensation inside the heat pipe. 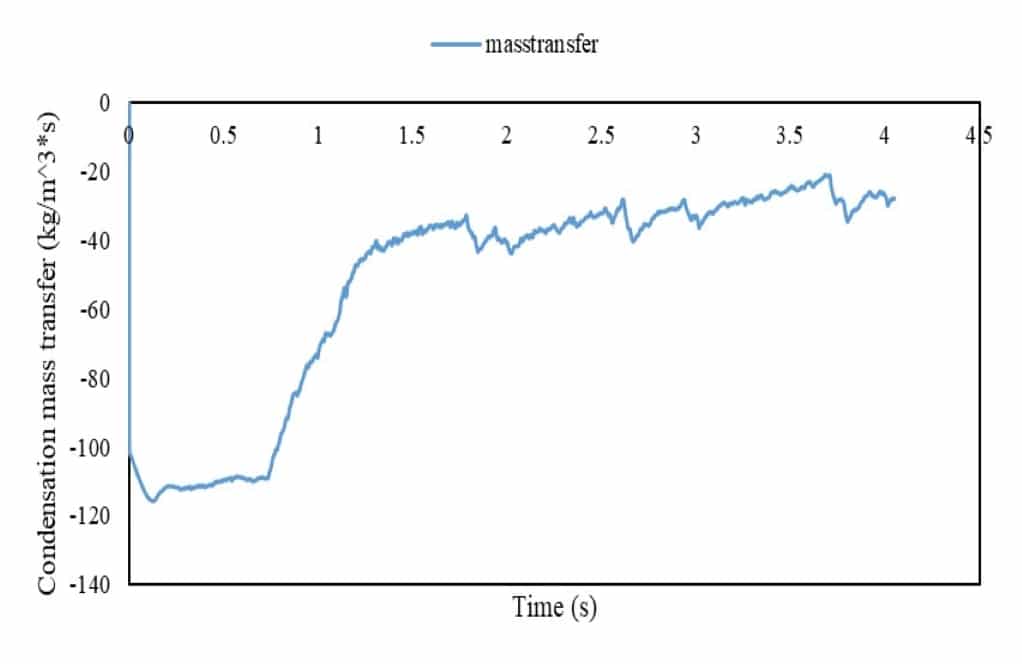