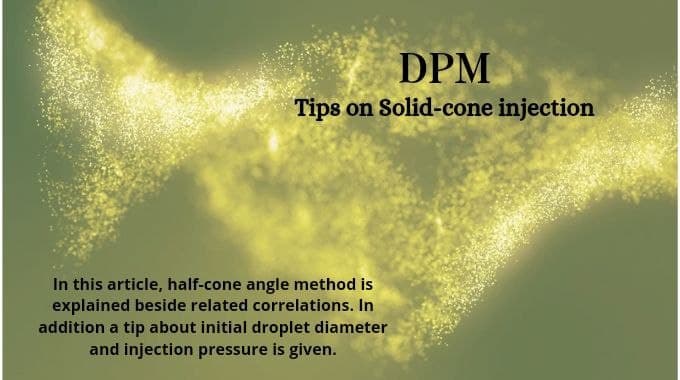 In this article, tips on solid-cone injection has been investigated.

In addition to simple injections, ANSYS FLUENT offers more complex sprays injections that describe the initial break-up phenomena. For most injections, you must provide the particles’ initial diameter, position, and velocity. However, models for predicting droplet size and velocity distribution for sprays are used.

All atomization models use physical atomizer parameters such as diameter orifice and mass flow rate to calculate the initial drop’s size, velocity, and position.

The droplets must be randomly distributed to simulate an atomizer, both spatially through the scattering angle and at release time. For other types of injections in ANSYS FLUENT (Non-Atomizer), all droplets are released in fixed paths at the beginning of the time step. Atomizer models use random path selection and staggering to achieve a random distribution.

Determined by jet atomization. This angle can be seen in the following figure: 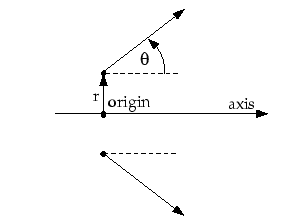 Half Cone Angle and Radius

It is a function of the injector geometry, injection pressure, and environmental conditions shown in the figure below: 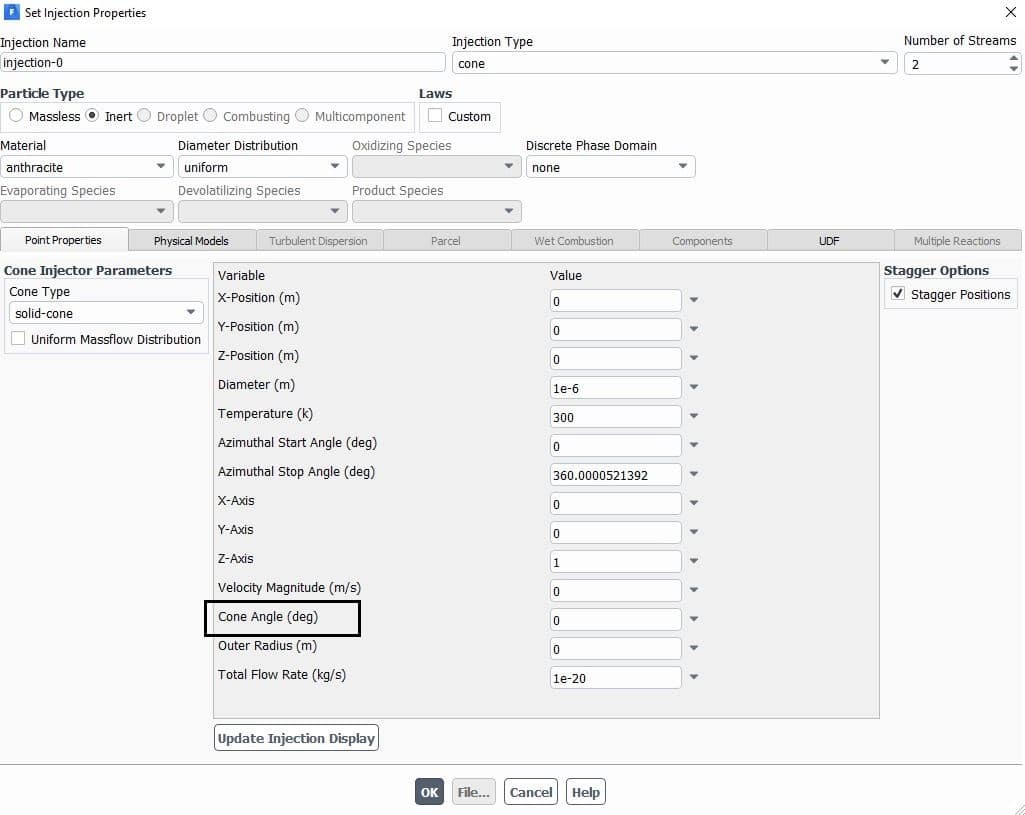 Some researchers have researched this area, some of which are listed below:

In many cases, injection pressure, injection mass flow rate, and discharge coefficient are presented from the experiments. The injection speed and initial droplet diameter are defined as follows: