In this project, the airflow will enter the convergent-divergent nozzle with a pressure of 70 bars and the Mach number of 0.2 with a temperature of 2735 K.

A de Laval nozzle (or convergent-divergent nozzle, CD nozzle, or con-di nozzle) is a tube that is pinched in the middle, making a carefully balanced, asymmetric hourglass shape. It is used to accelerate a hot, pressurized gas passing through it to a higher supersonic speed in the axial (thrust) direction, by converting the heat energy of the flow into kinetic energy. Because of this, the nozzle is widely used in some types of steam turbines and rocket engine nozzles.

In this project, the airflow will enter the convergent-divergent nozzle with a pressure of 70 bars and the Mach number of 0.2 with a temperature of 2735 K. after passing the throat zone, the airflow will gain speed and lose its temperature as it passes through the diffuser.  The standard k-epsilon model with standard wall function is used to solve fluid flow equations. The energy model is activated and the ideal gas equation is exploited to calculate the density changes in the computational domain. 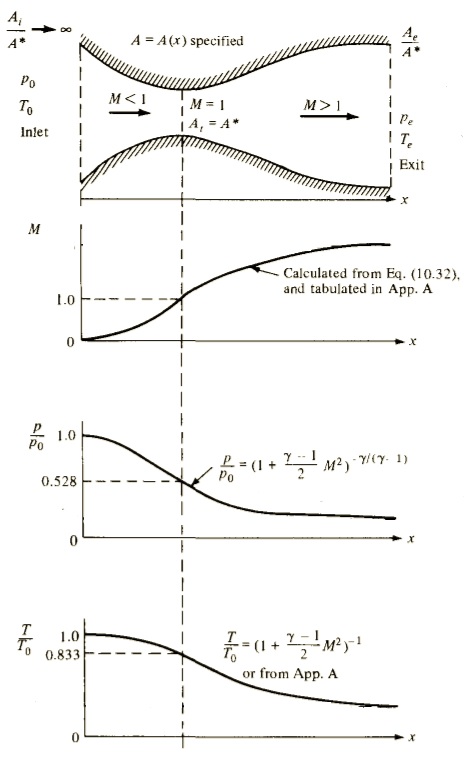 The geometry of this model is designed in ANSYS design Modeler and meshed in ANSYS meshing®. The mesh type used for this geometry is unstructured and has great accuracy in sensitive sections. Also, the element number is 898906. 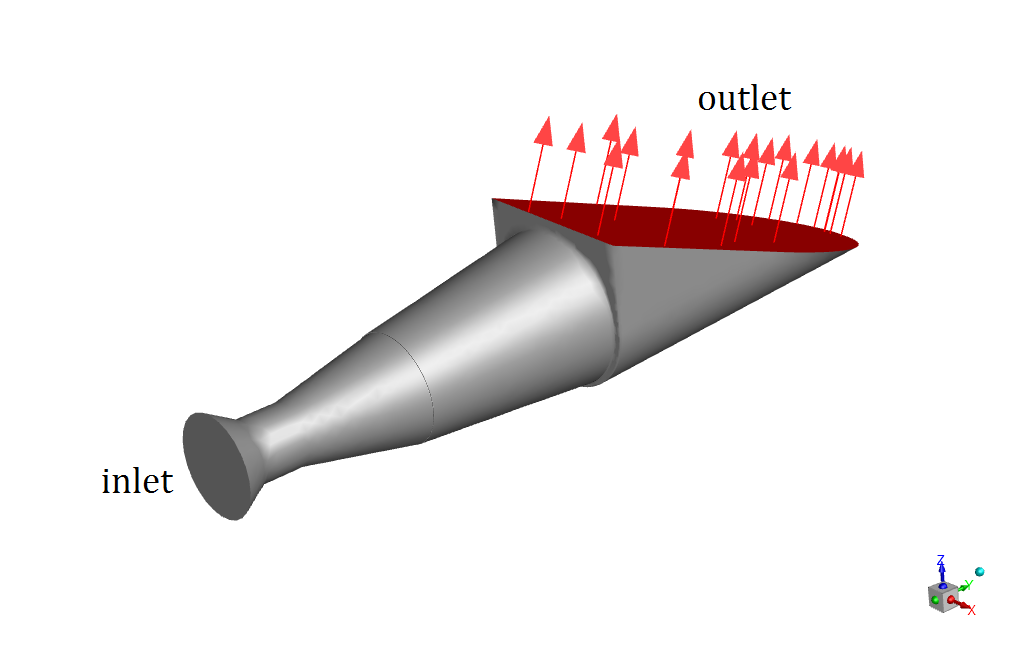 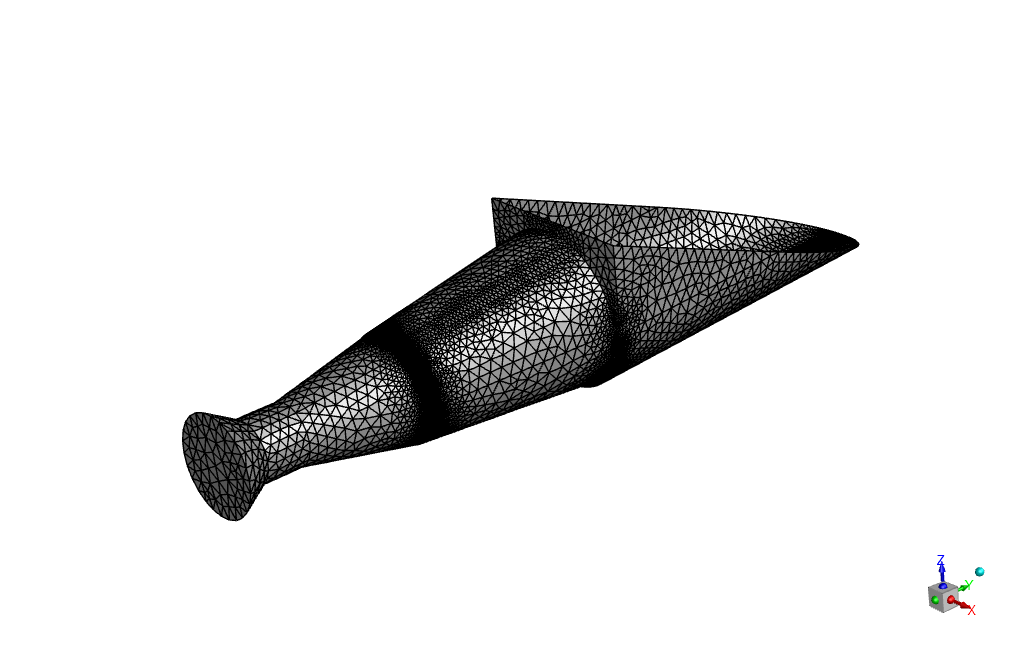 The key assumptions considered in this project are:

The applied settings are summarized in the following table.

The contours of pressure, temperature, velocity, Mach number, etc., are presented. As it is clear from the contours, the airflow loses its heat after passing through the nozzle opening. It increases its speed as the nozzle opening becomes more extensive than before ( in the divergent section), the volume of passing air increases. Due to the constant air mass, its density decreases, so according to the continuity law, the velocity increases along with the nozzle. As can be seen from the Mach contour, the Mach number in the nozzle throat according to the design mode is equal to one and then increases in the nozzle’s divergent part. The Mach number distribution is not uniform in this section due to the nozzle geometry lines’ fracture.

However, it has its maximum value at the nozzle output, i.e., where the pressure is precisely at its minimum. There is a border point separation point downstream of the throat. Normal shock also occurred in the throat.