What is Mass Transfer?

Mass transfer is the physical phenomenon for which a net movement of generic particles is observed from one location to another. The mass transfer may occur in single-phase or over-phase boundaries in multiphase systems. Three basic types of mass transfer are distinguished: (1) diffusion in a quiescent medium, (2) convective mass transfer, and (3) mass exchange between phases.

The first case is the simplest case where the mass transfer occurs in a medium at rest. The driving force is the difference of concentrations in adjacent regions of the medium, and the mechanism is molecular diffusion. Under the statistical character of molecule motion, the substance flows from a high concentration region to a low concentration one tending to equalize the entire volume. However, in the second case, the mass is transferred due to the bulk motion of the base fluid. For example, the flow of liquid water transports molecules or ions dissolved in the water. Similarly, the flow of air transports molecules existing in air, including both concentrated species (e.g., oxygen and nitrogen) and dilute species (e.g., carbon dioxide). The last case, i.e., mass exchange between phases, is mainly categorized into three formats: evaporation, condensation, and cavitation.

Evaporation is a simultaneous heat and mass transfer process. This phenomenon occurs at a saturated liquid surface, where the vapor diffuses into the unsaturated gas. During evaporation, the gas directly above the surface of the liquid is saturated with moisture via molecular diffusion; in the absence of gas movement, it spreads further into the bulk gas by diffusion. 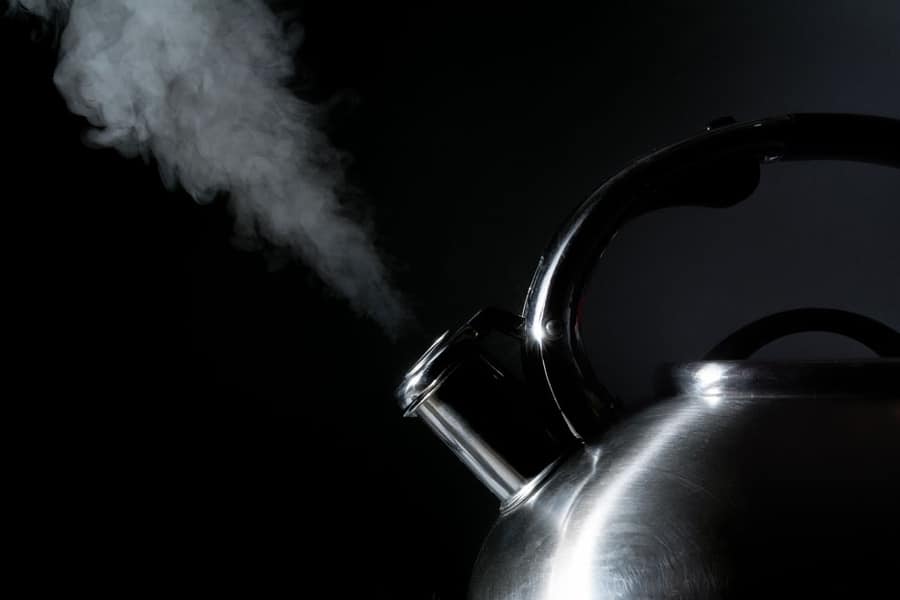 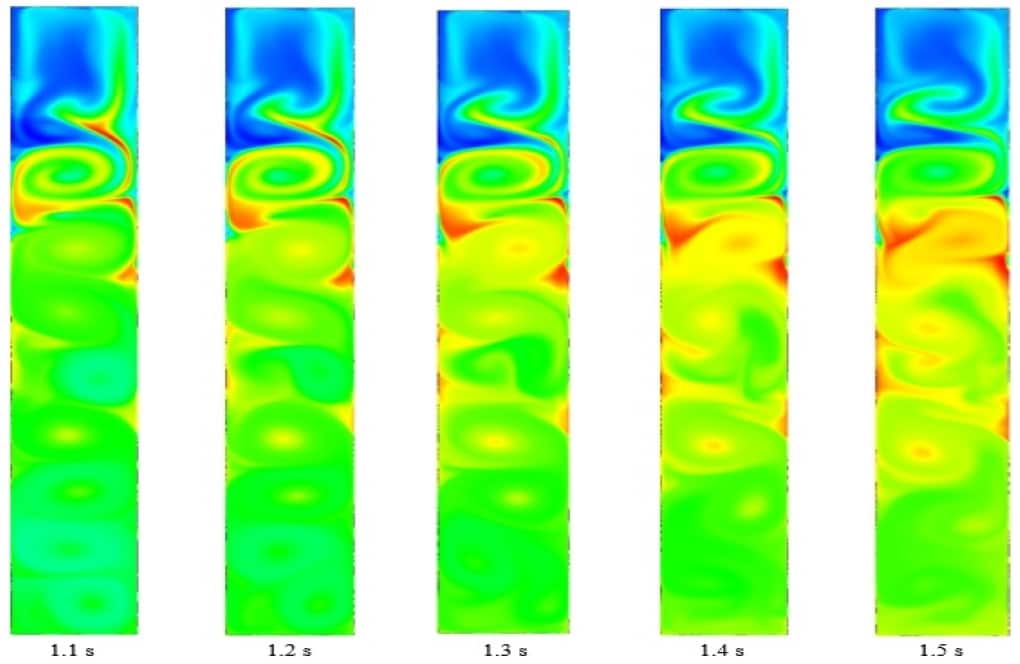 With several years of experience simulating a wide range of problems in various CFD fields using ANSYS Fluent software, the MR-CFD team is ready to offer extensive services of simulation configurations. For instance, some projects carried out by MR-CFD that have industrial applications include the simulation of Solar Desalination, which shows how evaporation occurs on seawater surfaces that eventually leads to water desalination. 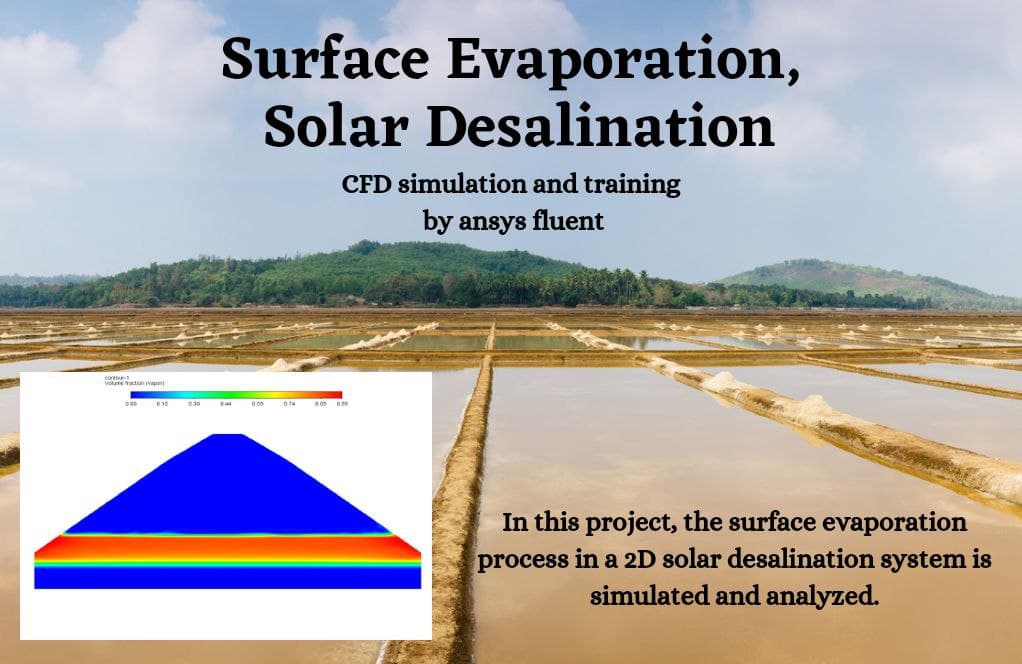 When a liquid and its vapor are in contact, molecules pass from liquid to vapor and liquid. Condensation occurs when the number of molecules entering the liquid phase exceeds that of leaving molecules. Under these circumstances, the vapor temperature in the vapor-liquid interface’s immediate vicinity (a few mean free paths) is higher than that of the liquid. The interface temperature drops increase with increasing condensation rate and decreasing pressure. Still, in most circumstances (an exception being the case of liquid metals), this is very small, and equilibrium conditions at the interface can be assumed. 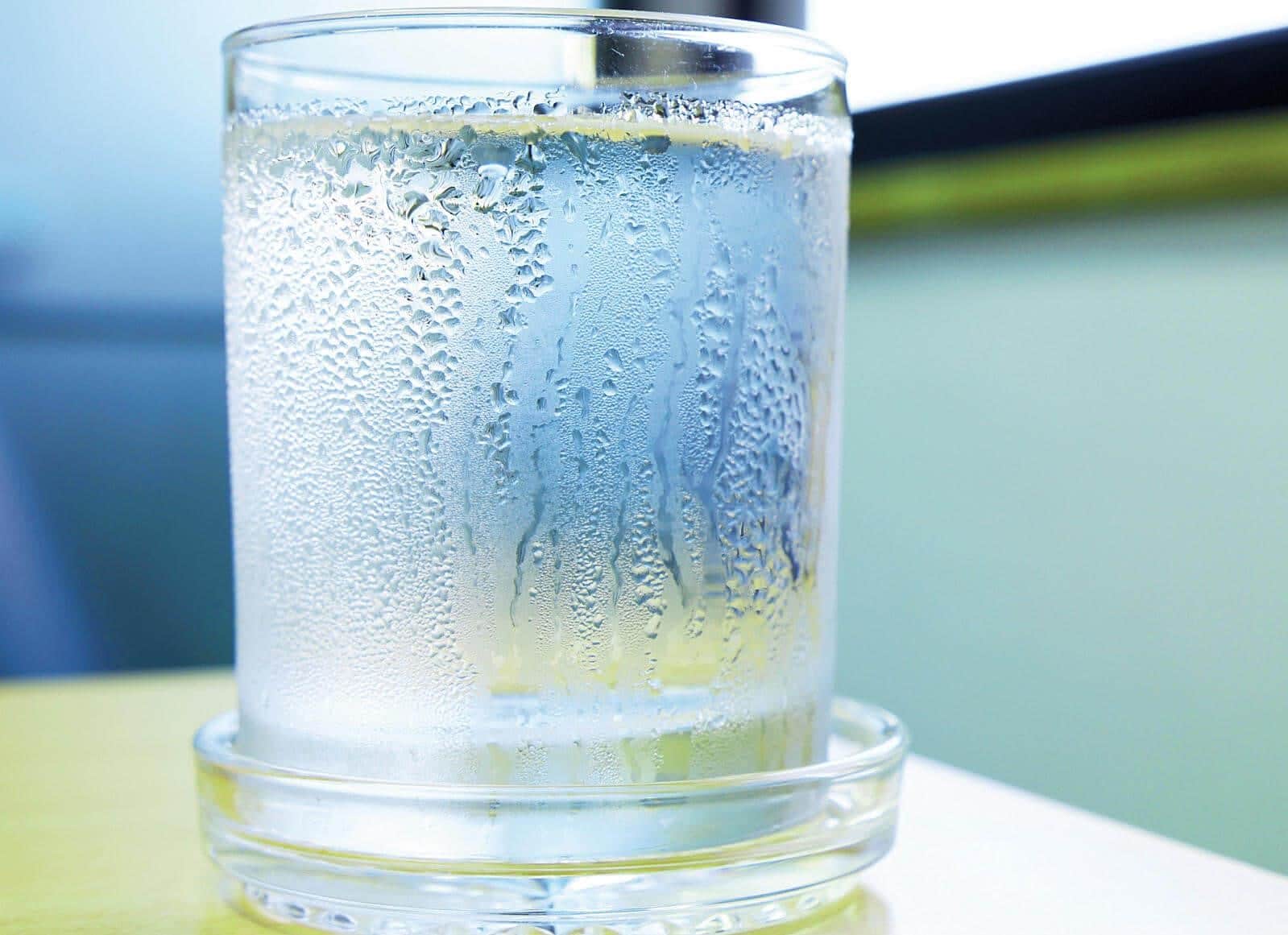 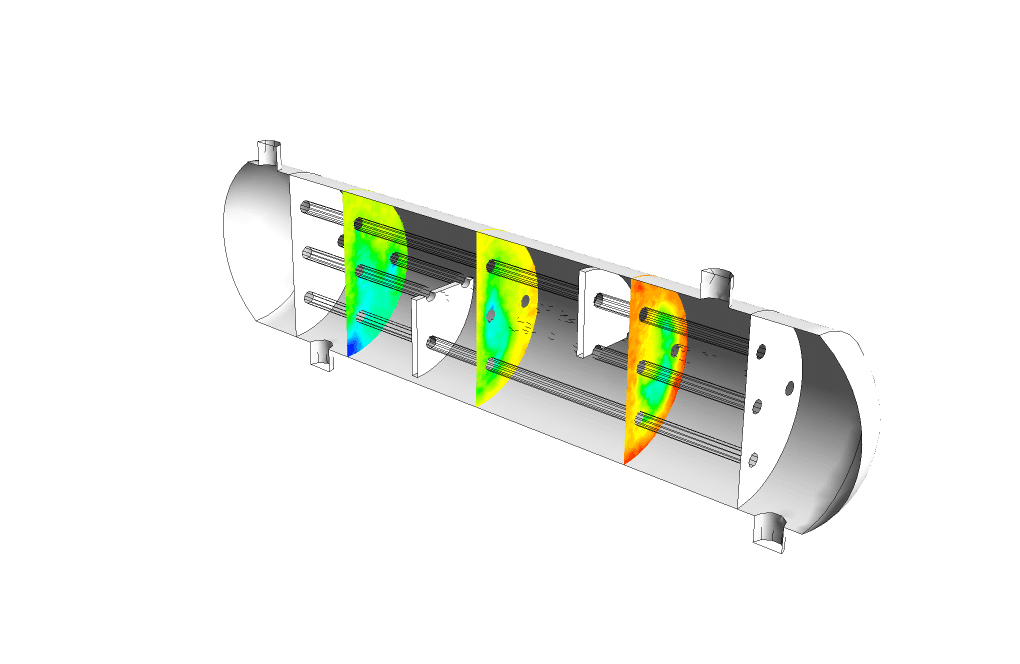 In the case of Condensation, numerous simulations are available on our Website. As an illustration, the project ‘Condensation inside a Shell and Tube Condenser’ simulates the condensation phenomenon: 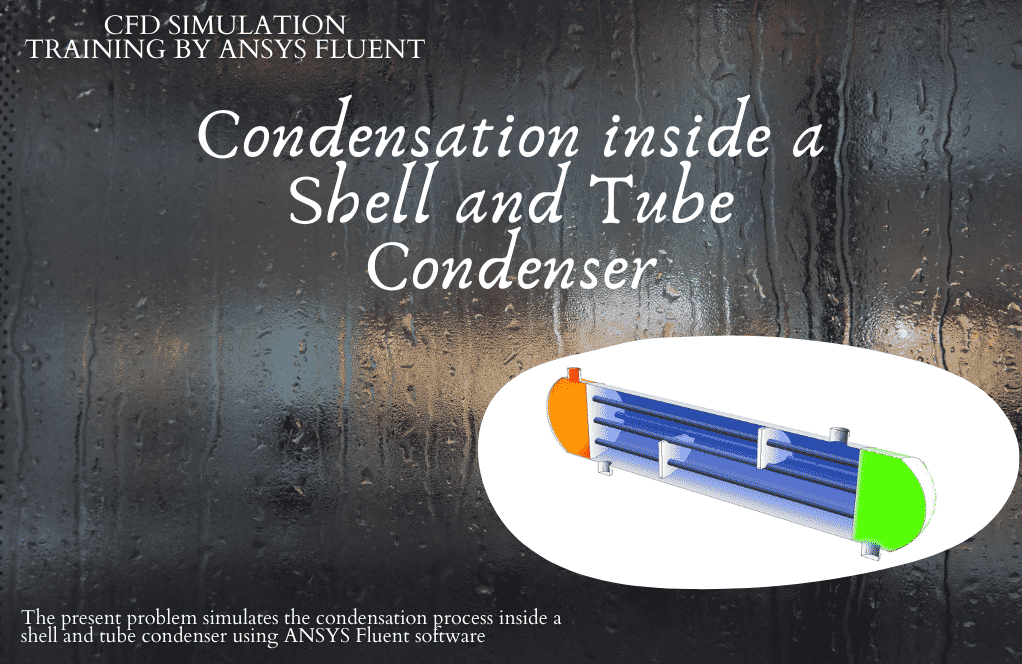 Cavitation is defined as the formation of the vapor phase of a liquid when it is subjected to reduced pressure at a constant ambient temperature. Thus, it is boiling in a liquid due to pressure reduction rather than heat addition. However, the basic physical and thermodynamic processes are the same in both cases. A liquid is said to cavitate when vapor bubbles form and grow due to pressure reduction. When the phase transition results from hydrodynamic pressure changes, a two-phase flow composed of a liquid and its vapor is called a cavitating flow. 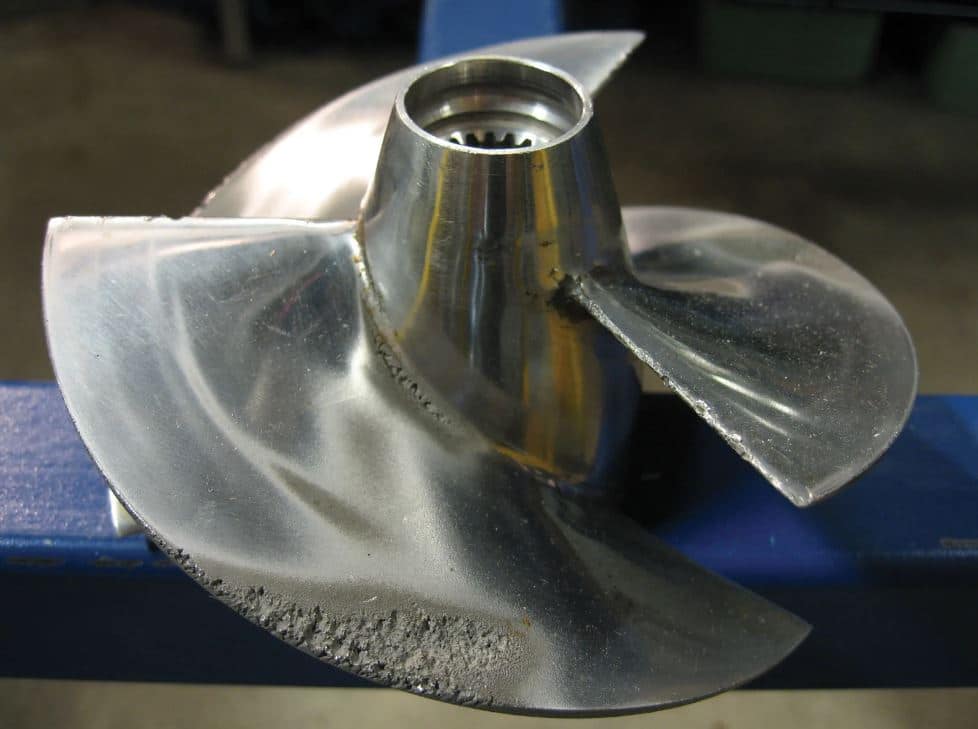 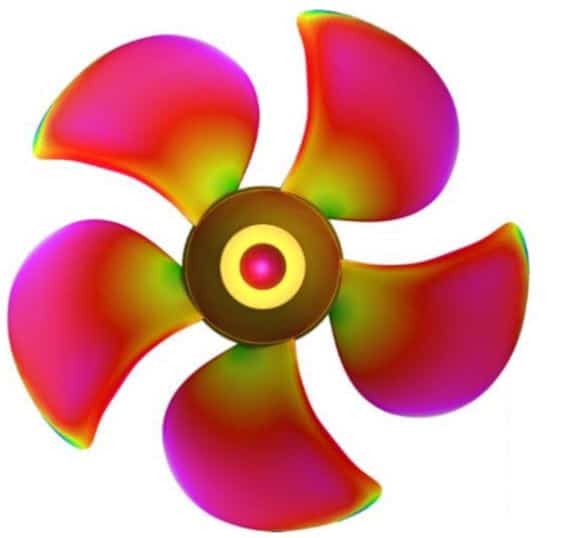 When it comes to Cavitation, you can find many posts about it on the Website www.MR-CFD.com. As an example the following simulation which is applicable in the industry, models the Cavitation phenomenon on a cross-flow Turbine: 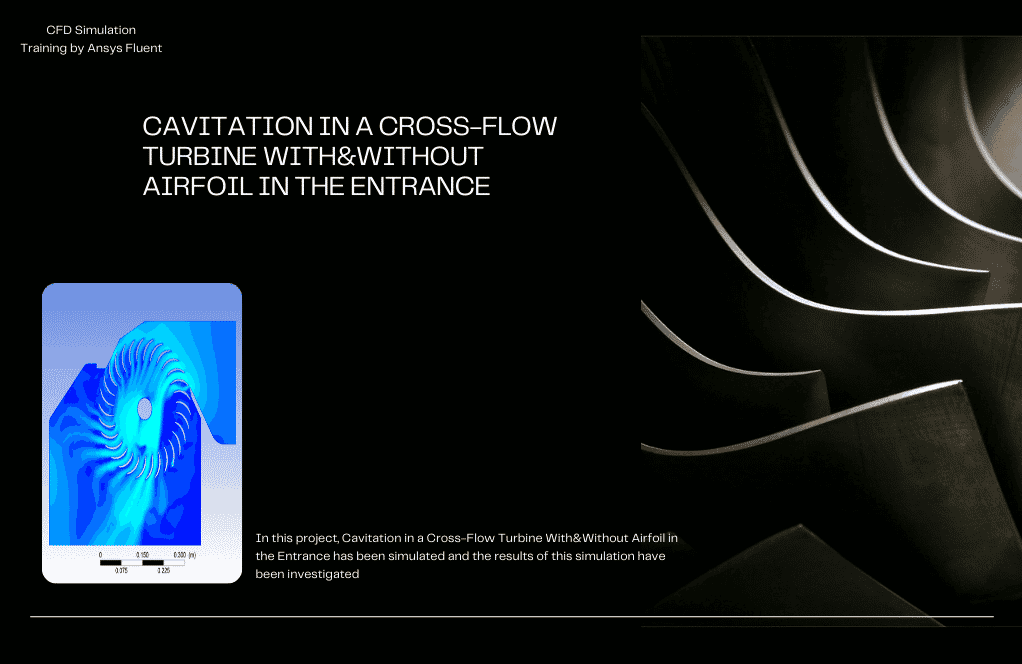 As discussed in the previous paragraph, mass transfer effects in the framework of ANSYS FLUENT’s general multiphase models (i.e., Eulerian multiphase, mixture multiphase, or VOF multiphase) can be modeled in one of three ways:

MR-CFD, an Expert in the Field of Mass Transfer Simulations

Our services are not limited to the mentioned subjects, and the MR-CFD team is ready to undertake different and challenging projects in the mass transfer field ordered by our customers. You can consult with our experts freely and without charge at first, and then order your project by sending the problem details to us using the following address.