The present simulation is about a Jet Fan Application in a Tunnel Considering a Car Explosion via Ansys Fluent.

The present simulation is about a car explosion in the tunnel via ANSYS Fluent. This project assumes that a car will ignite due to a gasoline leak and contact with the airflow. This car is crossing the interior of a tunnel. The explosion ignited a fire and released carbon dioxide into the tunnel. Since the tunnel is closed, carbon dioxide fills the space and can’t disappear in the free air.

The species transport model is used to define CO2 and air. Airflow enters the tunnel at a temperature of 300 K and a velocity of 1.5 m/s. At the car’s rear, a specific volume is distinguished as the source of the explosion.

For this zone, a source for CO2 emissions and heating energy due to combustion is defined. CO2 is defined at a rate of 10,000 kg/m3.s and thermal energy at 1000 W/m3. Also, the fan boundary condition defines a pressure jump in the jet fan section. 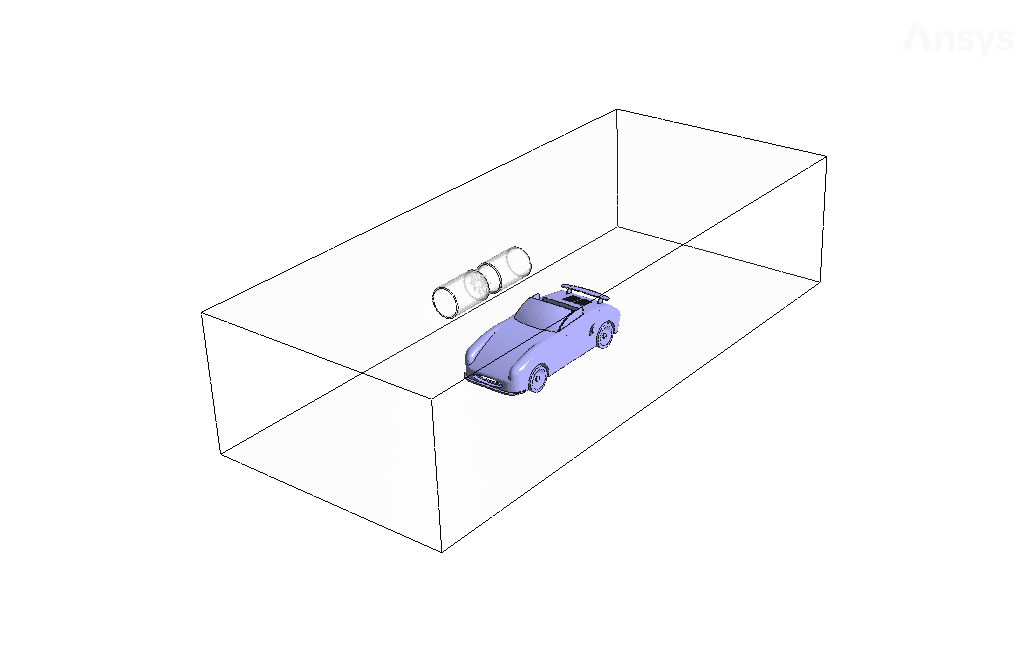 The present geometry is designed in a 3D model via Design Modeler. The computational zone is the interior of a tunnel. Inside the tunnel, a car is modeled on the floor and a jet fan on the roof. Also, a specific volume on the car’s rear for the source of the explosion and a certain level in the initial part of the jet fan is modeled as the fan. 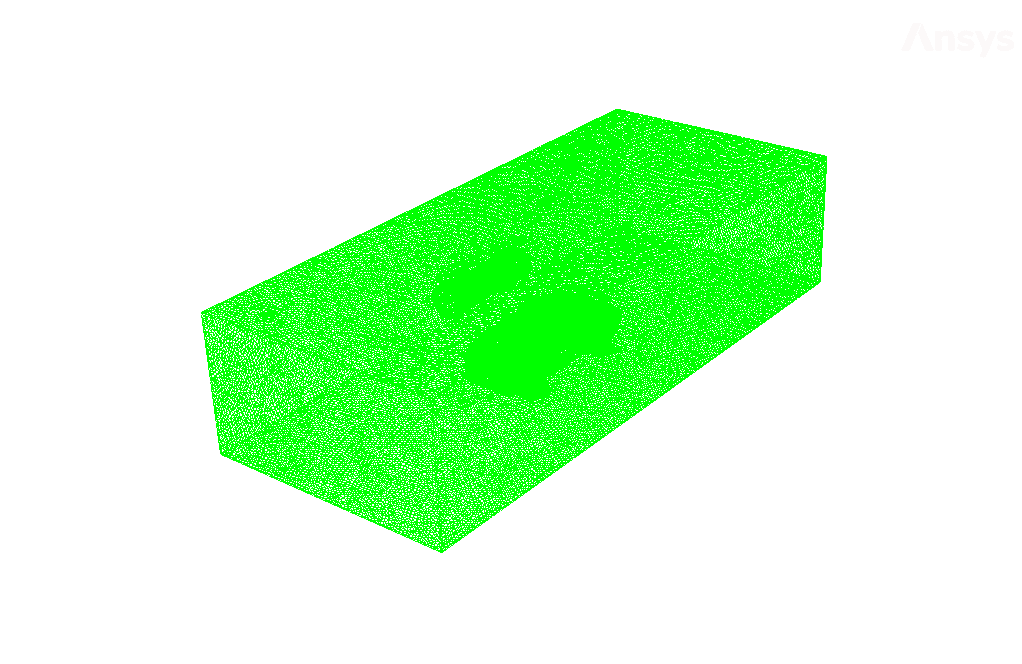 The mesh of the present model has been done via ANSYS Meshing. Mesh is done unstructured, and the number of production cells equals 598396.

Assumptions used in this simulation  :

After calculation, 2D and 3D contours related to pressure, velocity, temperature, and mass fraction of air and CO2 are obtained. The results show that the jet fan system is working correctly. The explosion occurs at the car’s rear, generating significant heat and emitting CO2.

The presence of these jet fans causes this CO2 gas to move upwards and be sucked into the jet fans. Therefore, this mechanism prevents the spread of CO2 and pollutants in the tunnel’s interior. Also, to better compare the results and evaluate the performance quality of the jet fans, this modeling was performed again without using jet fans.

All simulation conditions are similar to the previous model; The difference is that the fan boundary condition is not used in the initial part of the jet fan. The results show that when the jet fan does not operate, CO2 gas fills the tunnel’s interior.